Login to your dashboard

This will forward you to our secure login page. Please check if the address is https://manager.stampwallet.io.

Go to your dashboard now! 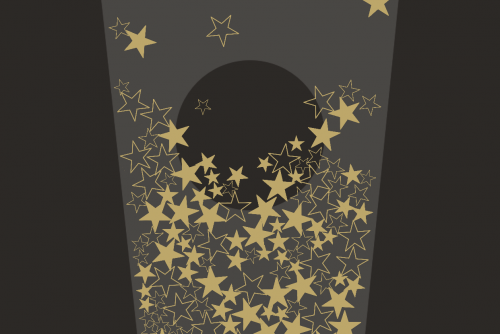 The power of naming your reward currencies

When simply having a loyalty program isn’t enough

With many joining in reward program competition, chances to stay ahead of the game are pretty slim. A successful program stands out from the crowd by being memorable. By investing in effective branding, brands can make their loyalty programs impressive through an attractive interface, logos, and images. While these visual elements are a great start for a remarkable program, its name, and currency forms even stronger impressions

These 4 brands listed below understand the concept of naming the reward currencies thoroughly by stepping out of the normal “point” to having their own creative one, strengthening amazing customer experiences with every purchase. Let’s have a look at them and get inspired with us:

Starbucks Rewards is one of the world’s most successful loyalty programs. Their name is always mentioned first when it comes to excellent loyalty program examples. Starbucks’ loyal customers who accounted for 40% of their transactions in the US are driven to collect gold stars for a reward and show no sign of stopping until now.

Obviously, being one of the first to name its own loyalty currency plays a huge role in Starbucks Rewards success. However, the story behind its simple yet powerful Star point is much deeper than its look. Stars are known for recognizing success. They symbolize the growth up to achievement and excellence. Also, the color gold is related to luxury and money, forming a sense of earning.

Just like how Frostbeard Studios names their reward currency, you can indicate who they are and what they aim to target to. Being a library-scented candle maker for book lovers, their Bibliophile Program rewards customers with Pages (points) for completing a variety of actions, e.g placing an order, following them on social media or referring a friend.

Naming a loyalty point as “Page” is a smart way of relating the satisfaction of earning a reward to reading an amazing book. It stimulates a feeling of reading an amazing book and realizing how close you are to the end of the wonderful journey. Not only does the name represent the brand’s values, but it also creates an emotional connection to the customers that makes it really enjoyable and worthy.

With Catchin’ Deers, “bucks” is not only dollar; it directly shows the brand image – the hunt-camp apparel designer. With the rewards currency as BUCK$, the company understands thoroughly how to make the rewards program more valuable: Focus on the program’s benefits as well as remind all the participants of the brand’s values.

Calling the loyalty point with a currency name adds additional value on it that would not exist otherwise. When Workout Empire’s customers are rewarded for making a purchase, they’re given “cash” which can be used for later redemption. This obviously communicates the benefits of being a member of the program and generates the desire to earn more.

Moreover, the name also specifies the brand’s vision as an activewear designer for women who are Sass: strong, ambitious, stylish and stunning. This is an excellent example of how the business creates strong connection with their identity and honor their customers for being a part of the community.

From a beverage chain, sportswear retailers to candle makers, each of the brands listed here know exactly how to add values to their loyalty program by making its currency speak to who they are as a business. We hope this article gave you inspiration for creating long-lasting customer impressions through currency names.